Have you struggle with Shell Scripting interview questions before? Have you been having problems in finding out the kind of questions asked in a Shell Scripting interview? If you have experienced this then it is high time that you find a solution. You cannot lose that dream job anymore and yet you can find with ease all you require to pass your interview. If that interview is a few days away, worry no more because you will get before that panel fully prepared and ready for the day.

This article has provided all you need to pass your interview. Take a look at the following top 20 Shell Scripting interview questions with answers.
1. What is a shell?
Answer: Shell is an interface between the user and the kernel. Even though there can be only one kernel; a system can have many shells running simultaneously.

3. What is a superblock in shell scripting?
Answer: A superblock is a program containing specific file systems' records. The characteristics available in the block are size, counts of filled and empty blocks, usage information, size of block groups, and location and size of inode tables. 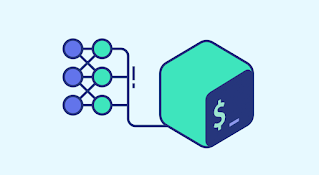 4. What are the advantages of Shell Scripting?
Answer:

7. What are the types of control instructions available in a shell?
Answer:

9. What is Crontab?
Answer: Crontab stands for Cron Table. It is a list of commands that a user wants to execute on a set schedule as well as the name of the command that manages that list. Crontab refers to the schedule and the name of the program used to edit the schedule. It automatically performs the tasks for the users as per the set schedule.

12. What are the different blocks of a file system?
Answer: The blocks in the file system are as follows:

13. What do you mean by GUI Scripting?
Answer: The GUI (Graphical User Interface) is a client/server interface that uses graphical icons and visual indicators to allow users to interact with devices.

15. How long does a variable in a shell script last?
Answer: Variables inside shell scripts have a lifespan of only as long as the execution lasts.

16. What is the purpose of the shelang line?
Answer: The shebang line is at the top of each script used to determine the engine's location and is used to execute the script.

18. What is a metacharacter?
Answer: Metacharacter is a unique character included in a program or data field of a shell. It offers information about other characters. For example: to list all files beginning with character 's', use the 'ls s*' command.

19. When the script is running in UNIX, can you pass arguments to it?
Answer: Yes, arguments can be passed, and it is a commonly followed practice. It is carried out to ensure the system does not have an error in executing commands and that scripts run smoothly.

20. What are the two files of the crontab command?
Answer:

You are not going to fail any Shell Scripting interview again because what you have gathered above is what will propel you to success on your interview. How you will answer the questions is what will now determine your score. If you want to score highly then you have no choice but to make sure that you have mastered the questions with answers.

Feel free to comment, ask questions if you have any doubt.